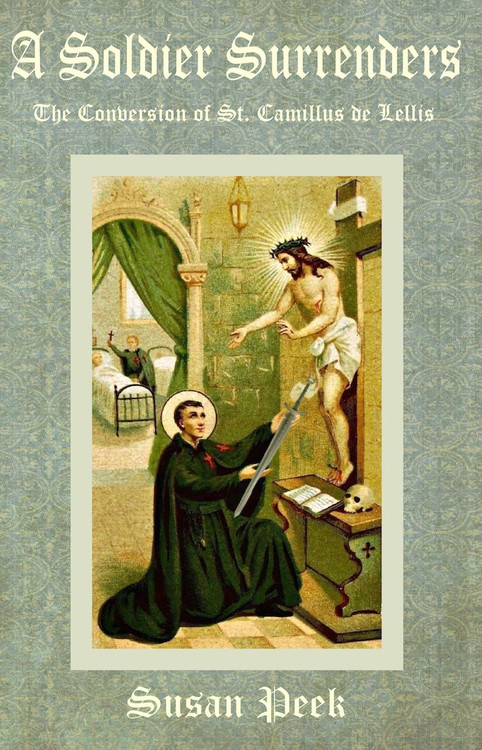 A Soldier Surrenders: The Conversion of St. Camillus - Susan Peek

This is the story of the dramatic conversion and inspiring life of the soldier Camillus de Lellis who lived in the late 1500’s, and became the founder of the religious order known then as “Ministers of the Sick”, and now called the “Hospitallers”. His story is one that is filled with drama: military battles, sickness and disease, conversion to God, and great charity for countless suffering people.

Camillus was a very worldly man, a huge man at 6 foot 6 inches height, a soldier who fought against the Turks, and one who had a terrible addiction to gambling that continually reduced him to poverty and shame. He also suffered tremendously throughout his life from various ongoing ailments including a crippling leg disease for 46 years, a rupture for 38 years, chronically painful feet problems, and a distaste for food that caused him an inability to retain it. None of his own great sufferings kept him from always thinking of others first, and striving to serve the many sick and dying people under his care. Pope Leo XIII canonized him in 1746 and declared Camillus the Patron of the Sick.

This novel is recommended for ages 12 and up.