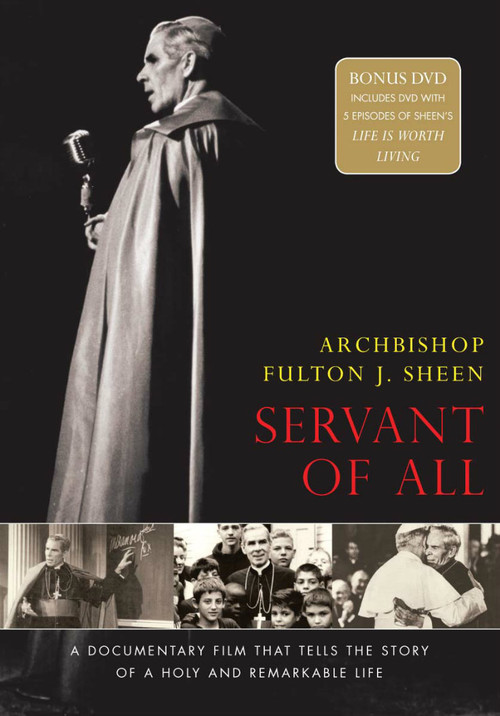 Archbishop Fulton J. Sheen was one of the most influential voices of the 20th century. He reached millions of viewers a week on his television show, Life is Worth Living, and his writings were captured in over 100 publications. Millions were inspired by the way he lived and by witnessing his personal relationship with God.

Archbishop Fulton J. Sheen: Servant of All introduces this beloved priest to a new generation--a generation that desperately needs this shining example of what it means to serve God. His messages remain as relevant and powerful today as they were nearly a half-century ago. Through the stories of those who knew him, viewers are reminded of his life and works. He lives on in the memories of those whose lives he forever changed.

This disc is formatted for Region 1 (USA and Canada) and runs one hour in length. It includes a bonus disc featuring five episodes of his television series, Life is Worth Living.