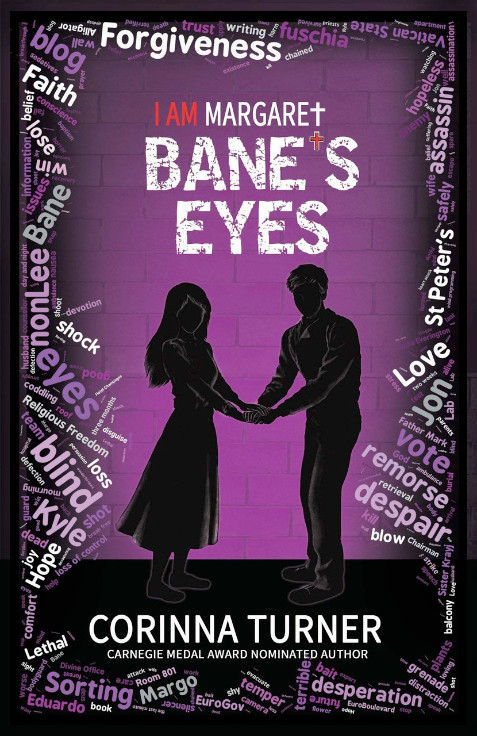 In three months, the citizens of the EuroGov will decide
whether or not to abolish Sorting, the grim annual
harvesting of “imperfect” teenagers for their organs.

If they vote the wrong way, then Margo
and everyone she cares about will die.

While her beloved Bane struggles to cope with the loss of his eyes, the
lives of millions of young people and Believers are at stake as Margo
embarks on increasingly risky media missions out of the Vatican.
Every step she takes is steeped with political consequences.

But threats soon loom from the most unexpected quarters,
compromising even the security of the Vatican State,
and with the vote hanging in the balance,
the media battle threatens to turn into real war.

Bane is desperate to join Margo in the fight,
but how can he without his eyes?

Book Four of the I Am Margaret Series