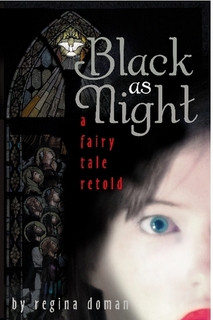 This dark but fulfilling sequel to The Shadow of the Bear is based on a familiar fairy tale "Snow White and the Seven Dwarves" from the Brothers Grimm. Circumstances have placed Blanche Brier entirely on her own this summer in New York City while Bear is wandering through Europe and her family is on vacation. Blanche is fast becoming the focus of a terrifying play of evil forces. Even the refuge she takes among some lively Franciscan friars does not protect her from dangerous attacks. Rather, they continue to escalate as she struggles to persuade a sick and aged man from killing himself. Discovering Blanche's disappearance, Bear and Fish cut short their European vacation and join up with Rose to begin scouring New York City looking for Blanche. But the same malevolence that is lurking over Blanche seems to be hunting them as well and drawing them all togther into a death trap until it seems that all hope is gone. Yet during this time, the desires of Blanche's heart are being clarified - and so are Bear's. A black night. Tested faith. Honest love.

This book is intended for ages 14 and older.