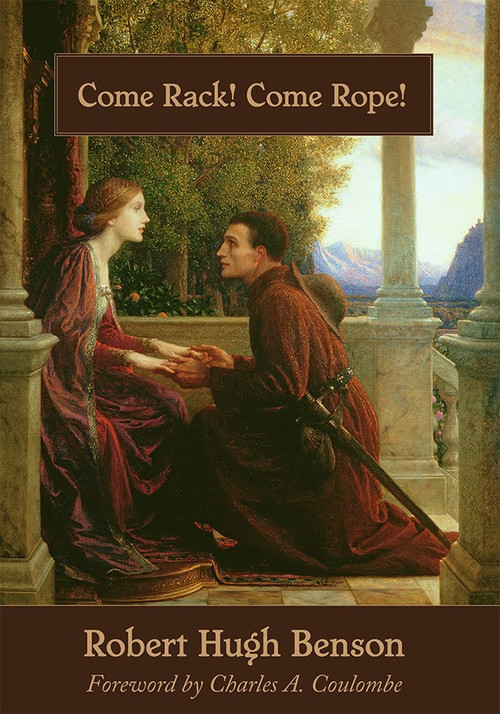 Some years before this book was written, H. Belloc wrote that R. Benson would be “the man to write some day a book to give us some sort of idea what happened in England between 1520 and 1560.”

Come Rack! Come Rope! is the most vivid and gripping novel ever written about how the Reformation happened. In this book, the appalling events come to life.

This novel tells of the struggles and sufferings of Catholic Recusants under Queen Elizabeth I of England. One such Recusant, Robin Audrey, is shocked to learn his father has decided to leave the Catholic Church for the safety of the Church of England. The narrative follows Robin’s struggle with the call of faith, as he is torn between his dream of marriage and a priestly vocation, which would entail further persecution and might even end in martyrdom.