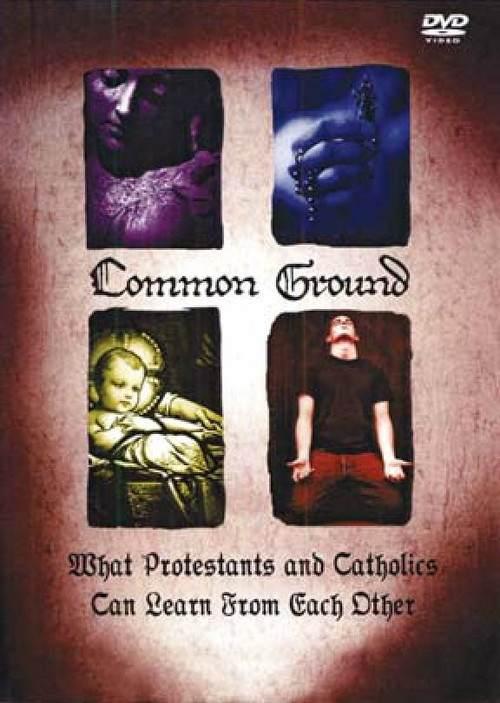 Common Ground: What Protestants and Catholics Can Learn From Each Other is the name of the DVD filmed discussion between a Protestant pastor from a mega Church in the Detroit area and a Catholic priest. Not a debate, the revealing conversation between the two has created a following of thousands around the world of both Protestants and Catholics. For Catholics, the attraction is the objective, rationale, and graceful presentation of Church teaching in a way that is particularly understandable to Protestants. Absent are the misunderstandings, misrepresentations and fallacious language that so often surrounds such conversations. Both Catholic and Protestant theologians have endorsed it.