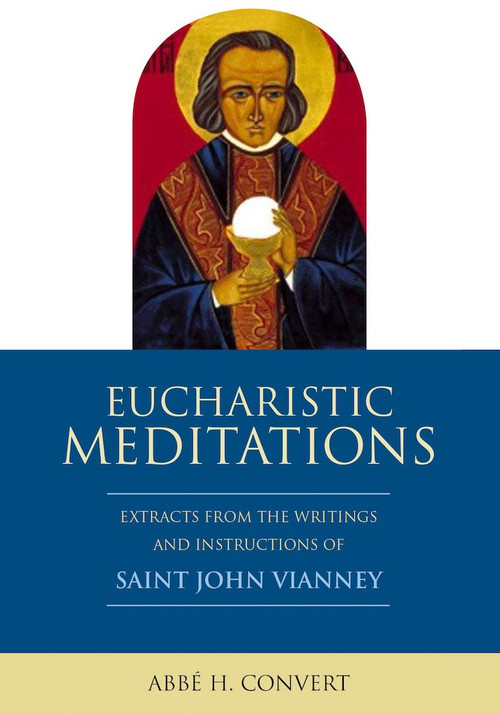 St. Jean-Baptiste Marie Vianney, known affectionately as The Curé d'Ars, was a peasant priest. In the aftermath of the French Revolution and Napoleonic rule, in a time of anti-clericalism and social and economic disarray, he was appointed parish priest of the obscure and dispirited village of Ars.

Over the next forty years, he was the agent of a complete spiritual, social, and material reform of his parish, which became a joyful refuge and a place of pilgrimage. Men and women would travel for weeks simply to confess before the humble and holy man. His particular devotion to the Blessed Sacrament is manifest in this book of twenty-seven meditations, which had its first English edition two years before his canonization in 1925.