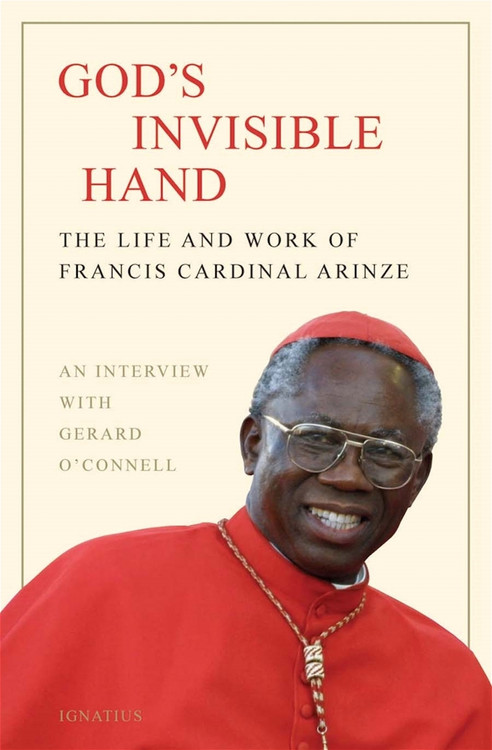 An Interview of Cardinal Arinze by Gerard O'Connell

Cardinal Arinze tells his amazing life story, and how he was guided by "God's invisible hand" through many challenging and dangerous moments, to become one of the world's leading Catholic prelates, and one of the top candidates for the Papacy in the recent conclave.

In this book-length interview, Arinze responds to a host of wide ranging questions from journalist Gerard O'Connell. Arinze talks about his life and experiences growing up in Nigeria, becoming the world's youngest Bishop, being on the run during the Nigerian civil war, and as an outspoken Cardinal who led the way for inter-religious dialogue with non-Christian religions, particularly Muslims, Buddhists and Hindus.

The charismatic Cardinal, also tells about his years of working inside the Vatican under three different Popes, and of his close relationship with John Paul II. Arinze and John Paul worked together on various important projects and documents that have had an impact on the Church and the African culture.