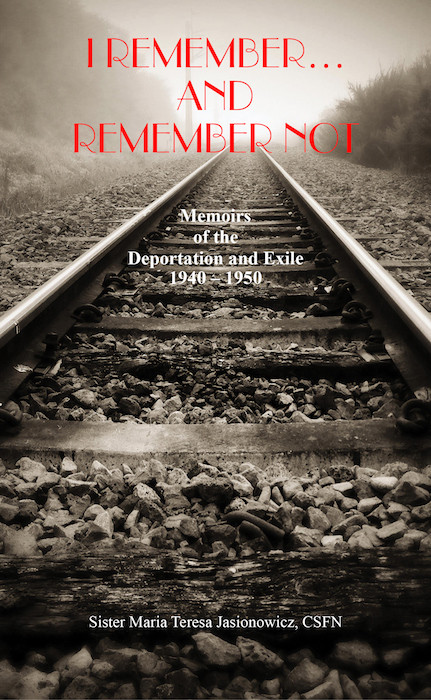 I Remember and Remember Not: Memoirs of the Deportation and Exile - Sr. Maria Teresa Jasioniwicz, CSFN

These are the heartrending memoirs of a Polish girl whose family was deported to Russia in 1940, when she was only nine years old. The next eight years were spent moving constantly across Russia and then from country to country, just trying to stay alive and stay together, sustained by their strong faith and trust that God would not abandon them. The unbelievable hardships she and her family survived are written down with the sole aim of glorifying Divine Providence, which sustained them amidst such terrible trials. The author later entered religious life and served as Superior General of her congregation, always praising God's mercy toward her. Profoundly moving little book published by Casa Maria Publishing.