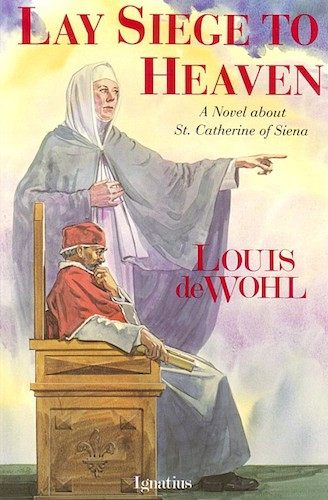 Continuing his popular series of novels about saints of the Church, Louis de Wohl gives an interpretation of one of the most unusual women of all time, Saint Catherine of Siena. The daughter of a prosperous dyer in 14th century Siena, Catherine never forgot the mystical experience of her extreme youth when she devoted herself to Christ.

Her career was extraordinary. In that confused and dangerous era of history, the Pope was living at Avignon: Catherine persuaded him to return to Rome. The City-States of Italy were at war with each other: Catherine subdued them. There was pestilence: Catherine served and saved. She performed miracles, she received the stigmata, she drew about her a crowd of devoted men and women.

A saint who would not let the Lord God alone, she really did lay siege to heaven—and changed the face of her world. This novel, which is also a vivid biography, brings Catherine of Siena to life in a remarkable way.