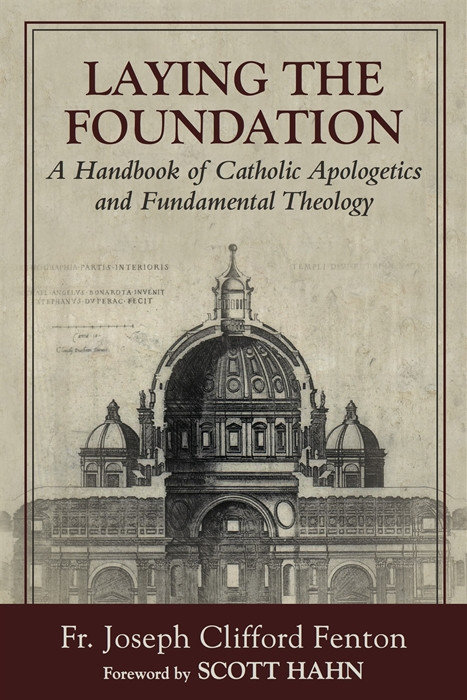 Laying the Foundation: A Handbook of Catholic Apologetics and Fundamental Theology is a classic text by the late Fr. Joseph Clifford Fenton, a highly respected author, professor, and theologian of the twentieth century.

“This book appeared in 1942 under the rather unimposing title We Stand with Christ: an Essay in Catholic Apologetics. It should have become a classic,” writes Scott Hahn in the foreword. “It is, I believe, the greatest work of apologetics produced in a time of superstar apologists such as F. J. Sheed, Ronald Knox, and Fulton Sheen. It represents the high point of apologetics as well as a gold standard for subsequent works of fundamental theology.”