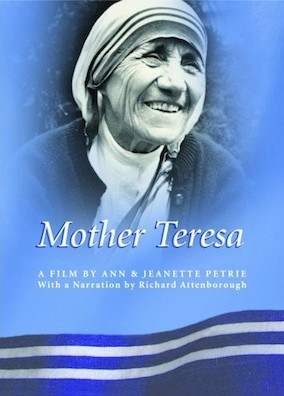 This powerful and inspiring film is the definitive portrait of Saint Mother Teresa of Calcutta. Filmed over a period of five years in ten countries, this award-winning film follows Mother Teresa into the world's most troubled spots. From the war in Beirut to Guatemala under siege, from the devastated streets of Calcutta to the ghettoes of the South Bronx, the film shows how Mother Teresa transcended all political, religious and social barriers with her works of love.

This DVD is Region 1 formatted for the USA and Canada. It does not work with surround sound.