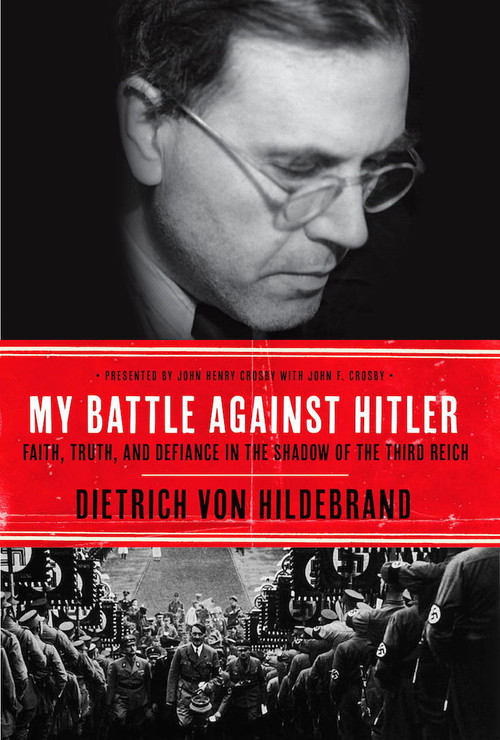 Dietrich von Hildebrand was a German Catholic thinker and teacher who devoted the full force of his intellect to breaking the deadly spell of Nazism that ensnared so many of his beloved countrymen.

His story might well have been lost to us were it not for this memoir he penned in the last decades of his life at the request of his wife, Alice von Hildebrand. In My Battle Against Hitler, covering the years from 1921 to 1938, von Hildebrand tells of the scorn and ridicule he endured for sounding the alarm when many still viewed Hitler as a positive and inevitable force. He expresses the sorrow of having to leave behind his home, friends, and family in Germany to conduct his fight against the Nazis from Austria. He recounts how he defiantly challenged Nazism in the public square, prompting the German ambassador in Vienna to describe him to Hitler as "the architect of the intellectual resistance in Austria." And in the midst of all the danger he faced, he conveys his unwavering trust in God, even during his harrowing escape from Vienna and his desperate flight across Europe, with the Nazis always just one step behind.

Dietrich von Hildebrand belongs to the very earliest anti-Nazi resistance. His public statements led the Nazis to blacklist him already in 1921, long before the horrors of the Third Reich and more than twenty-three years before the famous assassination attempt on Hitler in July 1944. His battle would culminate in the countless articles he published in Vienna, a selection of which are featured in this volume.