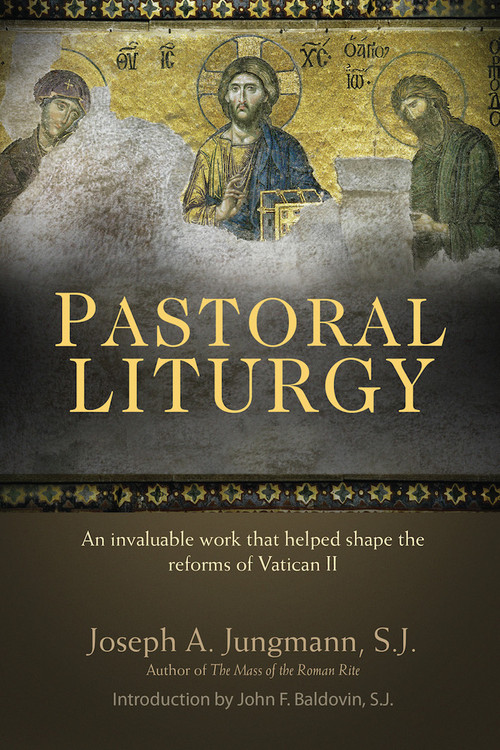 A classic theological text rediscovered and brought back into print, Pastoral Liturgy is an important contribution to the field of liturgical studies and a prophetic vision of the Church’s future.

In 1960, soon after Pope John XXIII announced the Second Vatican Council, Jesuit priest and scholar Joseph Jungmann followed up his The Mass of the Roman Rite with another great theological work titled Pastoral Liturgy. In many ways a companion to The Mass of the Roman Rite, Pastoral Liturgy chronicles the history and evolution of the people’s participation in the Liturgy and in the prayers and devotions common at the dawn of the council. Pastoral Liturgy is prophetic as well as academic. Its essays about the place of the Church in the modern world are as relevant as ever and Jungmann’s work in many ways anticipates what George Weigel and others have called “Evangelical Catholicism”—the attempt to proclaim the good news in word and sacrament while recognizing the challenges presented by the modern secular world.