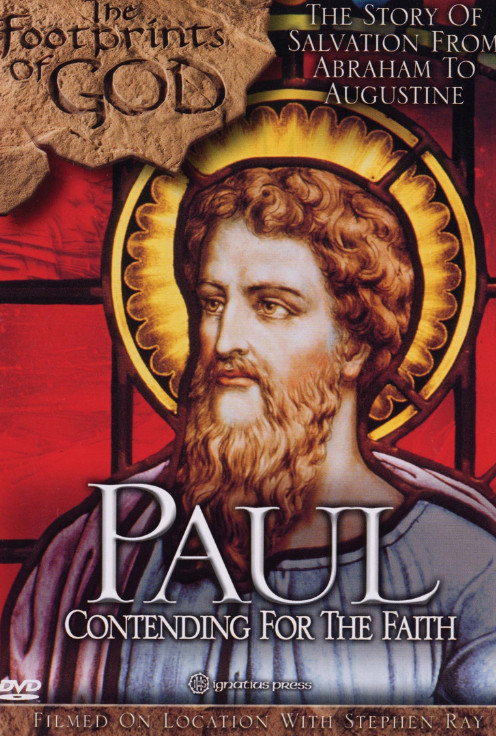 Paul: Contending for the Faith (DVD)

Zealous for the God of Israel, Saul of Tarsus pursued murderous threats against the disciples of Jesus. But Saul’s zeal was turned upside down when he was knocked from his “high horse” and humbled by the hand of God. Join the adventure in this edition of the Footprints of God series as Stephen Ray, best-selling author and popular Bible teacher, takes you on the road with St. Paul through Israel, Syria, Turkey, Greece and Italy. Fall from a horse in the desert and dangle over the Damascus Wall in a basket. Cling to driftwood in the sea and stride along ancient Roman roads. You’ll better understand the life, ministry, and sufferings of Paul the Apostle.

Stephen K. Ray was raised in a devout and loving Baptist family. His father was a deacon and Bible teacher, and Stephen was very involved in the Baptist Church as a teacher of Biblical studies. After an in-depth study of the writings of the Church Fathers, both Steve and his wife Janet converted to the Catholic Church. He is the host of the popular, award-winning film series on salvation history, The Footprints of God. Steve is also the author of the best-selling books Crossing the Tiber, Upon This Rock, and St. John's Gospel.