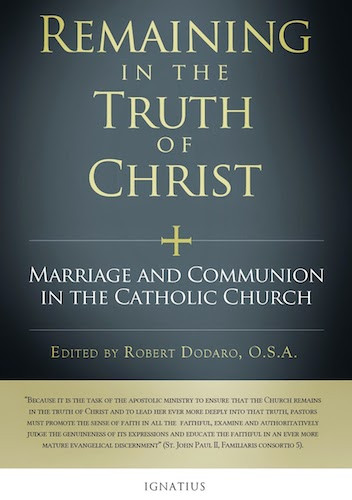 Remaining in the Truth of Christ: Marriage and Communion in the Catholic Church

The contributors bring their wealth of knowledge and expertise to bear upon this question, concluding that the Bible and the Church Fathers do not support the kind of "toleration" of civil marriages following divorce advocated by Cardinal Kasper. As the authors demonstrate, traditional Catholic doctrine, based on the teaching of Jesus himself, and current pastoral practice are not at odds with genuine mercy and compassion. The authentic "gospel of mercy" is available through a closer examination of the Church's teachings.