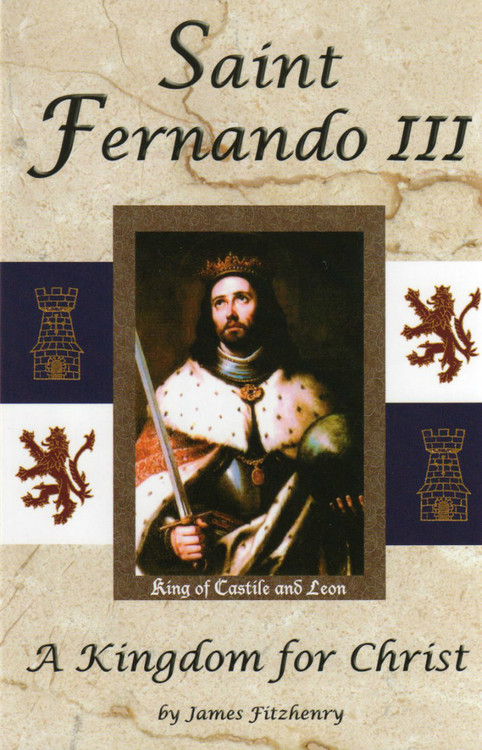 The greatest Spanish monarch, King of Castile and Leon, St. Fernando III was born in the year 1199 - exactly 100 years after the death of his illustrious ancestor, El Cid. In him would be combined the soul of a knight dedicated entirely to God, the irresistible power of the Cid, and due to his royal heritage, the authority to marshal the might of an entire kingdom against the enemies of Christ. Personally leading his armies into battle, he took back more territory from Islam than any other king in history. First cousin of St. Louis IX of France, he died a saintly death in the year 1252. His incorrupt body can still be seen in the Cathedral of Seville, and his feastday, May 30th, is a holy day of obligation in Spain.