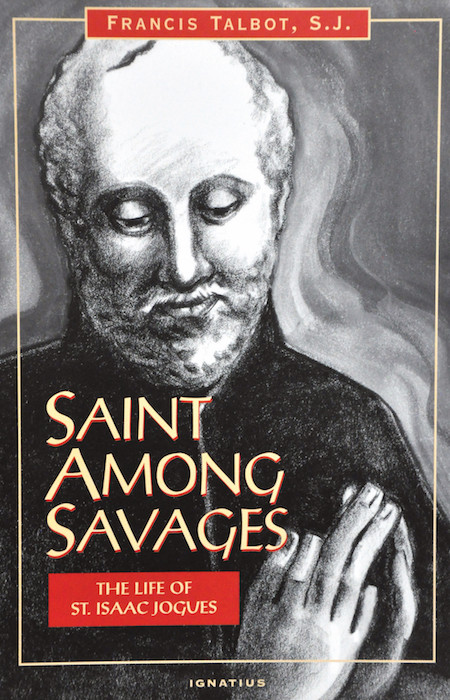 "I go, but I shall never come back again." These were Isaac Jogues' words on the eve of embarking for a second missionary attempt in America. Shortly afterward, a skull-splitting Mohawk tomahawk made him a martyr.

Fresh from the elegant life of Renaissance France, Jesuit priest Isaac Jogues landed in the savage wilderness of America in 1636. He came fervent in his priestly zeal to devote his life to Christianizing and civilizing the Indian nations that stalked the trackless forests -- savages he was prepared to love, sight unseen, for the love of God. He lived among the Hurons enduring hunger, thirst, disease, and humiliation at their hands.

A vast canvas unrolls in this suspenseful and swift-moving story of heroic sacrifice in the earliest days of New York and Canada. Against a background of bloody wars between great Indian nations and between the savages and the first European settlers in America passes the magnificent figure of the Jesuit, Isaac Jogues, intrepid pioneer, adventurer, victim of horrific cruelties, and saint. This is a story of violent action and great sacrifice that testifies to the faith and heroism of Isaac Jogues and his fellow martyrs.