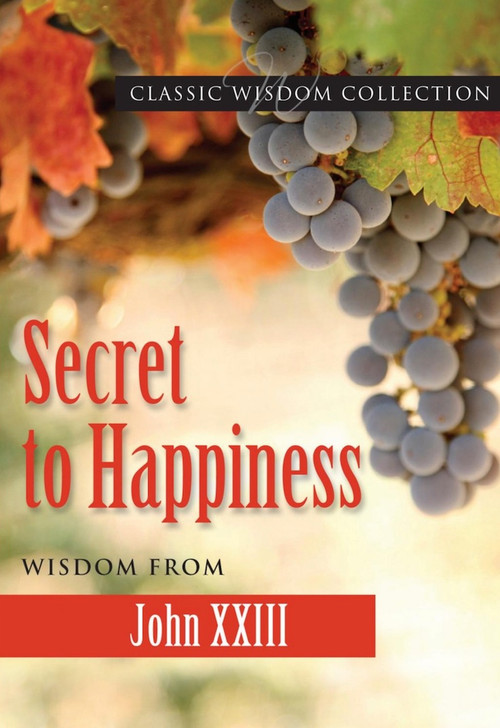 This collection contains famous and lesser-known writings from the humble 20th century giant, Saint John XXIII. Born Angelo Giuseppe Roncalli, John XXIII once remarked that there were "three ways for a man to come to ruin: women, gambling, and farming. My family chose the most boring way." This gentle wit and humility drew him into people's hearts after his election as Pope in 1958.

"Good Pope John" became well-loved during his papacy for his humility, joyful spirit, and gentle wit. Surprising the world with his intention to call the Second Vatican Council, he was not a stranger to the pressures and worries of life. As a priest, pastor, diplomat, and pope, John XXIII discovered and lived the secret to navigating those worries with serenity and joy.

With short chapters and Pope John's gentle voice, this addition to the Classic Wisdom Collection will show us the secret to authentic happiness: humility and confidence in God's will for us.