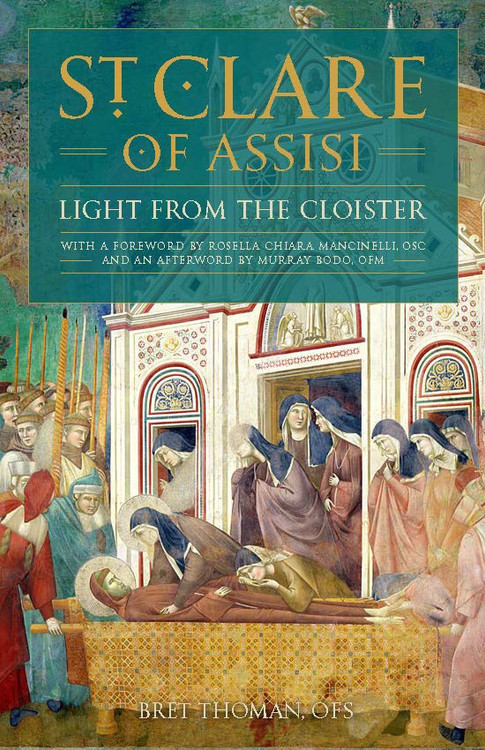 St. Clare of Assisi: Light from the Cloister - Bret Thomas

Bret Thoman brings to life, like never before, the story of St. Clare of Assisi. Join Thoman as he skillfully weaves the known facts of Clare’s life that bring the reader into the profoundly spiritual world of the “Light from the Cloister.” Hailing from an aristocratic or “Major” family, Clare continually—in imitation of Our Lord and Francis—sought to make herself lesser or minor. In the process, in another of God’s “divine paradoxes,” she became a giant, not only of her Age, but of all time.

Tenaciously attached to poverty, she became rich as only the saints are; docile and obedient, she stood up to her aristocratic family and, later, princes of the Church in following the path upon which God had set her; frail and vulnerable, she caused Saracen invaders to turn tail and run . . . merely by prostrating herself before the Blessed Sacrament; and though not learned in either theology or canon law, she became the first woman to write a Rule for a new religious community.

St. Clare truly was a “light from the cloister” not only for her era but for all time. Meet her as never before in these pages and, in what is sure to be a profoundly spiritual reading experience, let her light shine upon you.