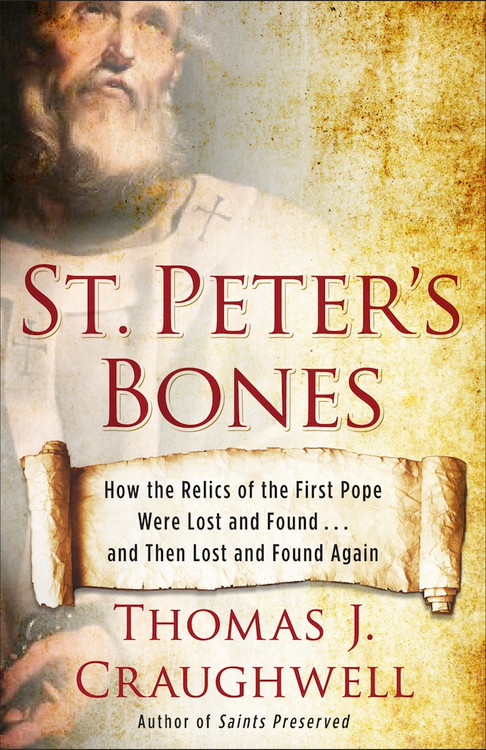 In this fascinating account of the search for the remains of the world’s first pope, none other than Peter, the chief apostle of Jesus, Thomas J. Craughwell takes us on one of the most exciting archaeological finds of the twentieth century.

In 1448 a team of architects and engineers brought Pope Nicholas V unhappy news: the 1,100-year-old Basilica of St. Peter suffered from so many structural defects that it was beyond repair. The only solution was to pull down the old church–one of the most venerable churches in all of Christiandom–and erect a new basilica on the site.

Then in 1939, while reconstructing the grottoes below St. Peter’s Basilica, a workman’s shovel struck not dirt or rock but open air. After inspecting what could be seen through the hole they’d made in the mausoleum’s roof, Pope Pius XII secretly authorized a full-scale excavation. What lay beneath? The answer and the adventure await. In this riveting history, facts, traditions, and faith collide to reveal the investigation, betrayals, and mystery behind St. Peter's burial place