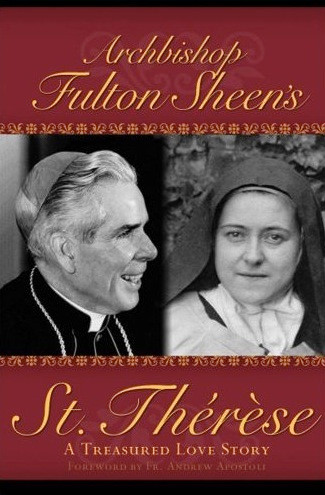 Few people are so beloved by Catholics around the world as Archbishop Fulton J. Sheen and St. Thérèse of Lisieux, the Little Flower. Now, for the first time in written form, are Archbishop Sheen’s compelling words about the Little Flower. Taken from the still-popular talks he gave on her in 1973, the archbishop explains why people from all walks of life and in every country of the world so universally love, invoke, and imitate St. Thérèse, who has been called the greatest saint of modern times. This beautiful hardcover book will be something you and your loved ones will treasure. Even readers familiar with St. Thérèse’s life will find their eyes opened to many new insights given by the incomparable Archbishop Sheen.