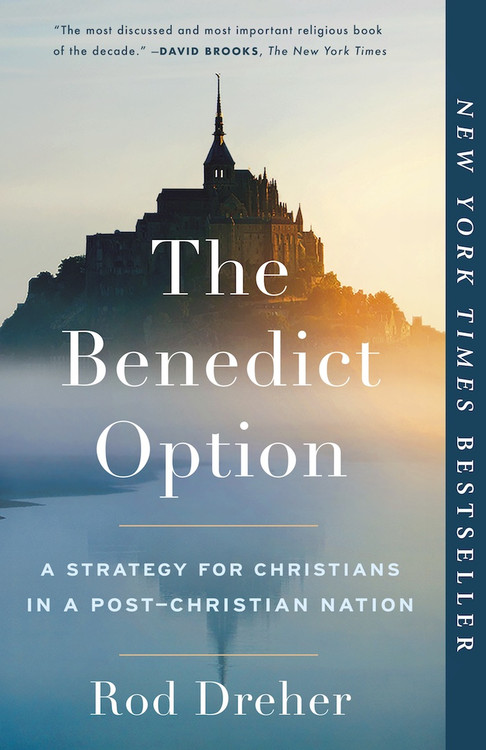 From the inside, American churches have been hollowed out by the departure of young people and by an insipid pseudo–Christianity. From the outside, they are beset by challenges to religious liberty in a rapidly secularizing culture. Keeping Hillary Clinton out of the White House may have bought a brief reprieve from the state’s assault, but it will not stop the West’s slide into decadence and dissolution.

Rod Dreher argues that the way forward is actu­ally the way back—all the way to St. Benedict of Nur­sia. This 6th century monk, horrified by the moral chaos following Rome’s fall, retreated to the forest and created a new way of life for Christians. He built enduring communities based on principles of order, hospitality, stability, and prayer. His spiritual centers of hope were strongholds of light throughout the Dark Ages, and saved not just Christianity but Western civilization.

Today, a new form of barbarism reigns. Many believers are blind to it, and their churches are too weak to resist. Politics offers little help in this spiritual crisis. What is needed is the Benedict Option, a strategy that draws on the authority of Scripture and the wisdom of the ancient church. The goal: to embrace exile from mainstream culture and construct a resilient counterculture.