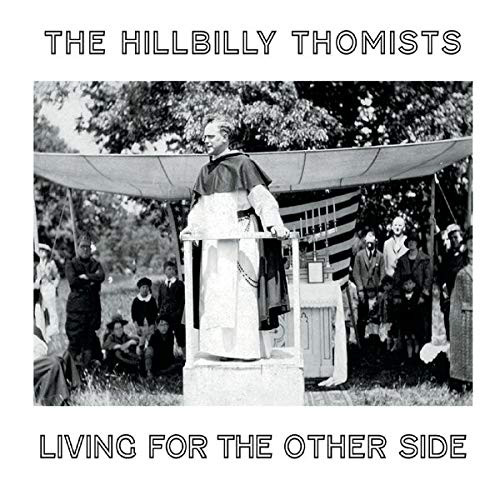 The Hillbilly Thomists - Living for the Other Side (CD)

The Hillbilly Thomists are a band of friars of the Order of Preachers. After playing music together for several years, they released their debut album in 2017, which reached #3 on the Billboard Bluegrass chart and mostly consisted in bluegrass standards and Americana favorites. Since then, the friars in the band have been doing what Dominican friars do: contemplating, studying, and preaching. They’ve also been writing songs. The fruit of all this is their new album, Living for the Other Side, released on the feast of St. Thomas Aquinas (the original Thomist). Recorded at the Alberthaus in the Catskills, and predominantly featuring original songs, the new album is a resonant and at times rollicking meditation on grace, suffering, faith, conversion, and the soul’s dogged desire for what really matters. Booklet comes with CD packaging.