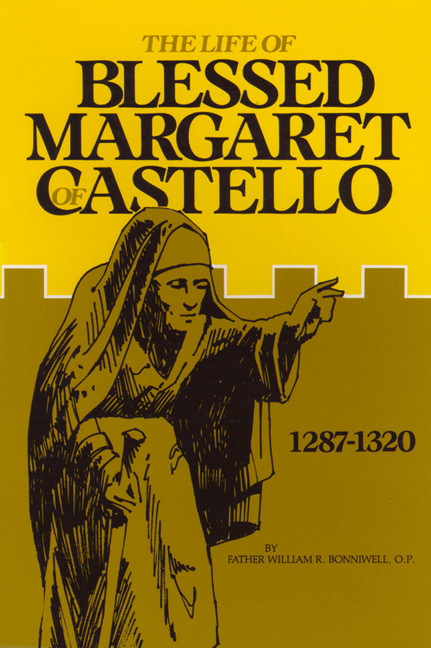 The Life of Blessed Margaret of Castello

Blessed Margaret (1287-1320) was born a hunchback, midget, blind, lame and ugly. When she was 6, her proud, noble parents walled her up beside a chapel. She could not get out, but could attend Mass and receive the Sacraments. After 14 years of imprisonment, her parents took her to a shrine to pray for a cure. When no cure was forthcoming, they abandoned her. She became a lay Dominican and spent the rest of her life in prayer and works of mercy. When she died at age 33, the townspeople thronged to her funeral and demanded that "the saint" be buried in a tomb inside the Church. The priest protested, but when a crippled girl was miraculously cured at the funeral, the people had their way. Her body is still incorrupt.