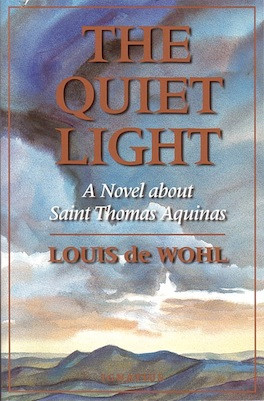 The famous novelist de Wohl presents a stimulating historical novel about the great St. Thomas Aquinas, set against the violent background of the Italy of the Crusades. He tells the intriguing story of St. Thomas who defied his illustrious, prominent family's ambition for him to have great power in the Church by taking a vow of poverty and joining the Dominicans.

The battles and Crusades of the 13th century and the ruthlessness of the excommunicated Emperor Frederick II play a big part of the story, but it is Thomas of Aquino who dominates this book. De Wohl succeeds notably in portraying the exceptional quality of this man, a fusion of mighty intellect and childlike simplicity. A pupil of St. Albert the Great, the humble Thomas, through an intense life of study, writing, prayer, preaching and contemplation, ironically rose to become the influential figure of his age, and later was proclaimed by the Church as the Angelic Doctor.