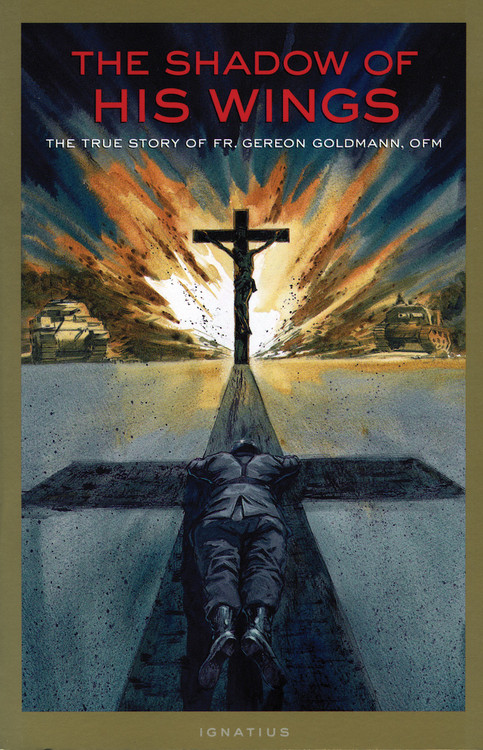 The Shadow of His Wings - Fr. Gereon Goldmann

Here is the astonishing true story of the harrowing experiences of a young German seminarian drafted into Hitler's dreaded SS at the onset of World War II. Without betraying his Christian ideals, against all odds, and in the face of Evil, Gereon Goldmann was able to complete his priestly training, be ordained, and secretly minister to German Catholic soldiers and innocent civilian victims caught up in the horrors of war. How it all came to pass will astound you.

Father Goldmann tells of his own incredible experiences of the trials of war, his many escapes from almost certain death, and the diabolical persecution that he and his fellow Catholic soldiers encountered on account of their faith. What emerges is an extraordinary witness to the workings of Divine Providence and the undying power of love, prayer, faith, and sacrifice.

The Shadow of His Wings is also available as an audio book on CD.