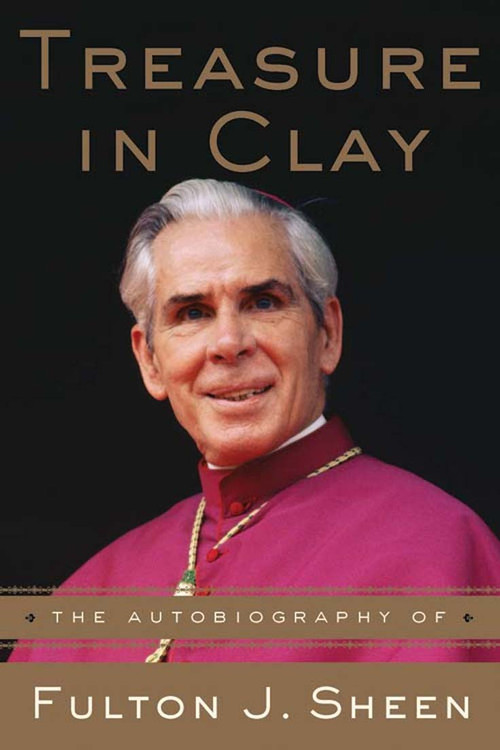 Treasure in Clay: The Autobiography of Fulton J. Sheen

Completed shortly before his death in 1979, Treasure in Clay is the autobiography of Fulton J. Sheen, the preeminent teacher, preacher, and pastor of American Catholicism.

Here in Sheen’s own words are reflections from his childhood, his years in seminary, his academic career, his media stardom, his pastoral work, his extensive travels, and much more. Readers already familiar with Sheen and as well as those coming to him for the first time will find a fascinating glimpse into the Catholic world Sheen inhabited, and will find inspiration in Sheen’s heartfelt recollections. Treasure in Clay is a classic book and a lasting testament to a life that was worth living.