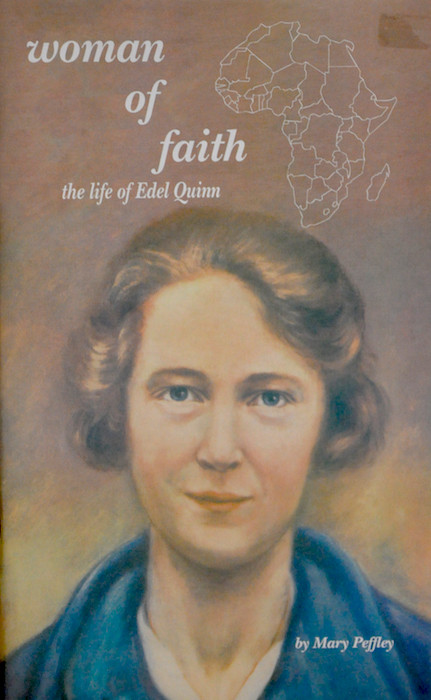 Woman of Faith: The Life of Edel Quinn - Mary Peffley

One day in 1937 a Dutch priest was driving an Irish girl to a Legion of Mary meeting some miles from his mission in Africa. They came to a river in such flood that the bridge across it could not even be seen. He was about to turn back when the girl cried out, “Oh Father, please go on, I’m sure Our Lady will protect us”. He was aghast but found he couldn’t resist such faith. Some men standing by formed a human chain to see if the bridge was still there. The girl was Edel Quinn and the incident typical of her story.

Edel died in Nairobi on May 12, 1944. In 1957 the Archbishop of Nairobi initiated the process for her Beatification and many witnesses were examined, monoly in Africa and Ireland. Their evidence, published by the Holy See, points not only to outstanding holiness but to holiness in its most attractive form. The words love, joy, peace appear in almost every testimony. The Vicar General of Mauritius was speaking for many when he said “I want to lay special emphasis on her constant joy; she was always smiling; she never complained; she was always at people’s disposal, never stinting her time”.

On December 15, 1994 Pope John Paul II declared Edel Quinn “Venerable”. One miracle attributed to her intercession is still required for her Beatification.