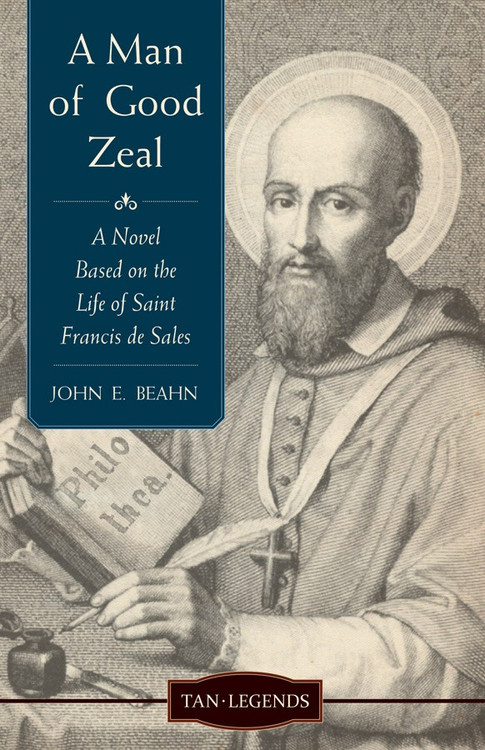 A Man of Good Zeal: A Novel on Based on the Life of St. Francis de Sales - John Beahn

St. Francis de Sales was born in 1567 in the region of the western Alps. There were many military and political conflicts there were heightened and complicated by religious tensions between Catholics and Protestants, whose leader John Calvin had settled in nearby Geneva and won a following in some districts of Francis' hometown as well. Francis' aristocratic father had great plans to position him for rapid social advancement. He sent the young man to law school, maneuvered for his appointment as a senator, and chose a noble heiress as his future wife—but God had other plans.

This new edition of A Man of Good Zeal: A Novel Based on the Life of St. Francis de Sales tells the inspiring story of how Francis risked his life to win thousands back to the Catholic faith, transformed the Diocese of Geneva as its bishop, and wrote the spiritual classics that eventually led Rome to name him a Doctor of the Church.