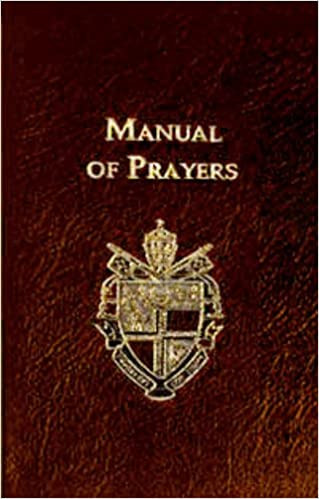 The Manual of Prayers is a favorite of the students and faculty of the North American College in Rome as well as the lay faithful; the popular classic contains a wealth of prayers, litanies, novenas, and meditations. It also includes an extensive collection of prayers drawn from the Liturgy, writings of the saints, prayers of petition, chants, prayers before and after Holy Mass, and prayers to the Blessed Virgin Mary and Saint Joseph.

“Thanks to the fine work of some stu­dent priests of the Casa Santa Maria, the College’s Graduate Division and by some industrious seminar­ians on the Janiculum, we were able to offer both the College and the greater English speaking community this splendid book. Like a good Italian wine, this text has aged quite well, but after reviewing it, some of the faculty and the seminarians of the College had the great idea of updating the manual. To it, they added some prayers from Saint John Paul II, Pope-Emeritus Bene­dict XVI, and Pope Francis, as well as many others. It’s more of an update than a renovation — keeping what’s great about the first and second editions, and, in this third edition, giving it some new material, all the while keeping that classical style and look which has been this manual’s hallmark for over 25 years.”
- Timothy Michael Cardinal Dolan