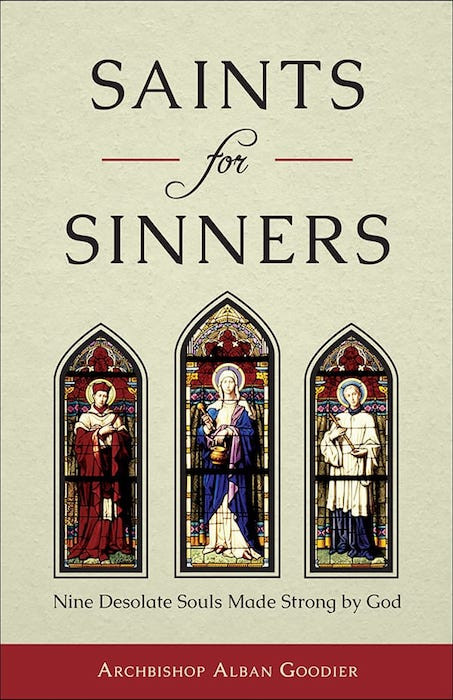 Christ came not to call saints but to make them — often out of weak, stupid, and sinful men. That’s why the saints are not only models of holiness for us to imitate; they’re reminders that God’s grace can outshine every human flaw.

As Alban Goodier’s classic Saints for Sinners shows us, even the greatest saints had to battle the same stubborn vices, temptations of the flesh, and bouts of spiritual dryness that afflict us today. In these pages, with a style that perfectly blends hagiographical detail, spiritual meditation, and a skilled storyteller’s touch, Archbishop Goodier brings us the tales of:

Read these stories and find in them delight and encouragement, as well as hope. You'll come to see that there is no one so sinful, weak, or desolate that God has not already raised another like him to the heights of glory.