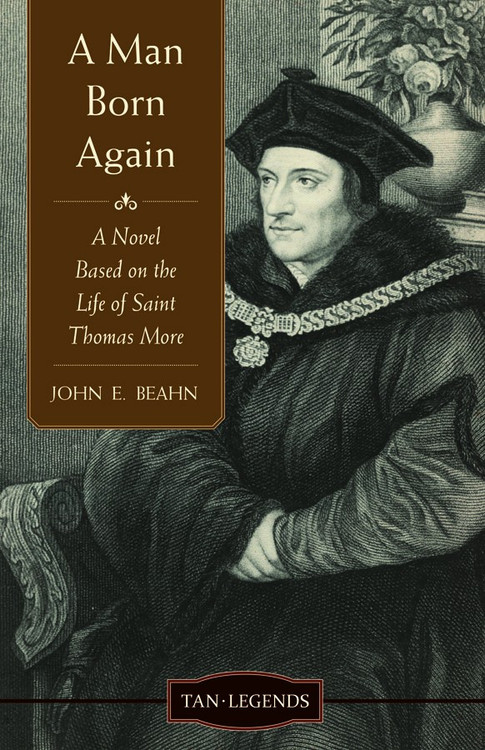 A Man Born Again: A Novel Based on the Life of St. Thomas More - John Beahn

Status and wealth, power and fame: St. Thomas More had them all. As a wise and popular statesman, internationally recognized scholar, and Lord Chancellor of England, More was perhaps the most highly respected Englishman of his day until his conscience required that he lay down his life for his Catholic faith.

Making ample use of the rich historical records of sixteenth-century England, novelist John Beahn describes the convoluted political landscape of the period that set the scene for the disastrous efforts of King Henry VIII to divorce his queen and marry his mistress—while demanding that the Church grant him sanction for his immorality.

Alongside the political complexities, Beahn traces the development of More's interior landscape. Family conflicts, vocational perplexities, personal tragedies, and forthright acquaintances all played their part in shaping his soul. These influences, converging with the political developments that relentlessly pressed in on him, forged a remarkable character that combined brilliant intellect, moral integrity, and deep devotion to Christ and His Church. In the end, More chose to give his life rather than compromise his convictions under coercion from the state.