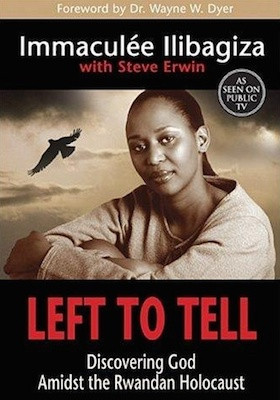 In the spring of 1994, more than one million people were murdered in the Rwandan genocide. This is the story of how Immaculee survived certain death, along with seven other women, by hiding in a very small bathroom for more than 3 months. Day after day, for months, the killers would search nearby – gleefully chanting “kill them big, kill them small, kill them, kill them, kill them all!”

With uncommon sincerity, Immaculee shares with us her soul's struggle through disbelief to anger and rage and, ultimately, forgiveness. She is living proof of the power of prayer and positive thinking. Her story will touch you deeply. You will feel her fear, you will cry, and you will ask yourself the same questions that we as a people have been asking forever: How could this happen? Where does such animosity come from? Why can't we just be like God, Who is the Source for all of us? But you will also feel something else most profoundly: You will feel hope, a hope that inch by inch, we as a people are moving toward a new alignment—that is, we're moving toward living God-realized lives.